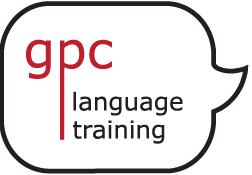 Designs and delivers personalised English language courses for individuals and for groups of professionals.

GPC Language Training > Blog > Is it Time for Good Habits?

The Nuts and Bolts of Language Learning

Is it Time for Good Habits?

I overheard this recently ‘How’re you?’ with a reply of ‘I’m good’. Although I didn’t know the speaker, I understood from this that she was feeling healthy and happy at that point in time. And, judging from her listener’s smiles and nods she understood this too. So, mission accomplished; it was a fine example of effective communication in English.

‘Good’ when describing a person means ‘accomplished’ or ‘competent’ (according to the Oxford English Dictionary).

Being pedantic, this was, therefore, not effective communication. Being realistic this use of ‘good’ was a mixture of fashionable and default English in action. By ‘default English’ I mean a word or phrase that will be understood but that doesn’t really need any mental pre-selection process to happen before it is spoken; in other words it’s a habit.The issue is: habits are hard to break and popular fashions have always had a strong influence on the evolution of language.

So, does it matter?

Yes it does, but I’m not preaching from a pedant’s pulpit here. My worry is that we are becoming too imprecise and inconsiderate in our everyday conversations, and that this is the tip of a dangerous iceberg that is steadily diluting the English language into a murky lack of clarity and precision.

I would have felt happier if their conversation had happened in silence using just facial expressions and body language for their greetings before moving on into conversational English that had at least some evidence of mental pre-selection in it. However, I couldn’t face listening to the rest of their exchange. For all I know, their English did become precise and more considered after this initial exchange and I’m the one who needs to develop good habits!

If you have any thoughts about the evolution of the English language, I’d love to hear them.